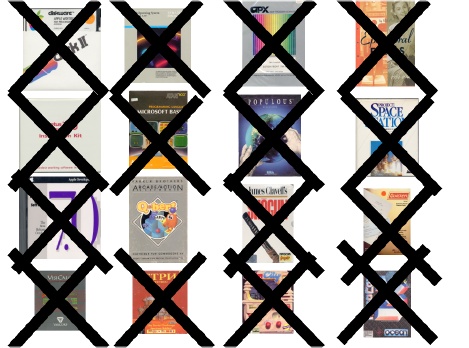 In 2003 the Internet Archive, as part of research into vintage software archiving, discovered possible archiving issues involving the Digital Millenium Copyright Act. This could make it impossible to legally archive early computer software and games, even for accredited institutions wishing to store limited amounts of non-distributable, archival images.

It's vital to make proper archival copies of these artefacts, because the life of magnetic media such as floppy discs has been estimated at 10 to 30 years. Time is running out to properly archive much of this large body of work for safekeeping, to ensure it lives out its term of copyright and is available (in the short-term, under suitable copyright-constrained means) for posterity.

The Copyright Office holds a rulemaking proceeding every 3 years to:

"determine whether there are particular classes of works as to which users are, or are likely to be, adversely affected in their ability to make noninfringing uses due to the prohibition on circumvention of access controls."

As part of this rulemaking process, the Internet Archive submitted an initial comment in early 2003, and followed this up with a reply comment giving further examples of classic software that might be lost if access controls could not be circumvented.

Following deliberation, the Copyright Office ruled in late October 2003 that four exemptions should be added to the anti-circumvention clause of the DMCA, to be valid until the next Copyright Office rulemaking in 2006, including two that are related to the Internet Archive's original comments:

With the aid of these exemptions, the Internet Archive is continuing its work with institutional and technical partners to research and archive this at-risk software, and would like to thank all those who worked hard to help us achieve our goal.